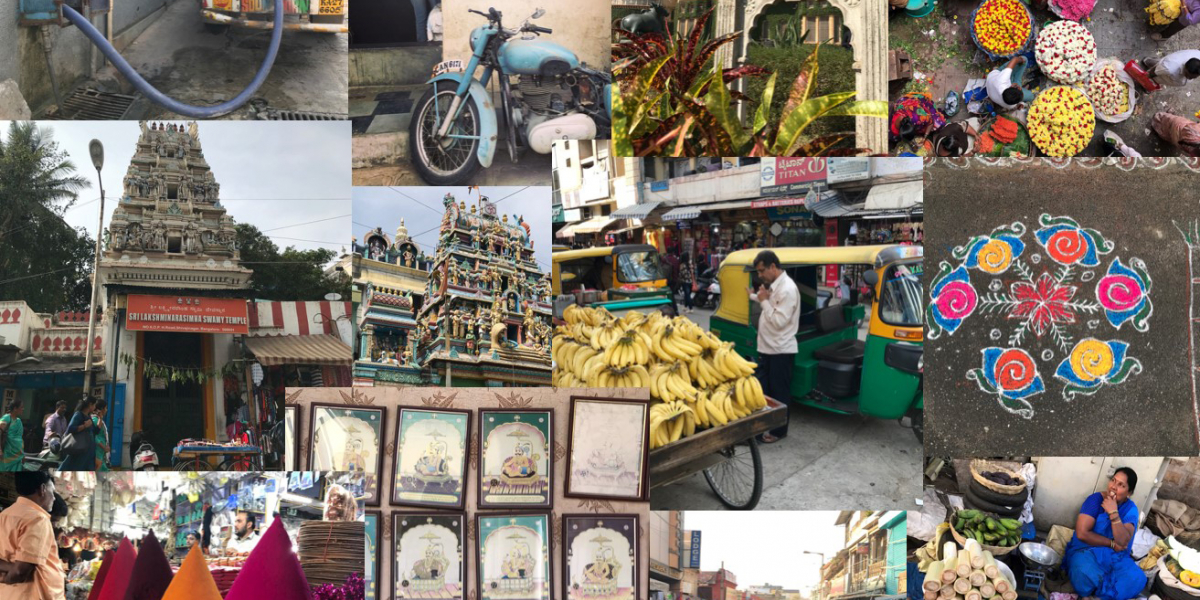 Bangalore through the Eyes of an Earth Scientist 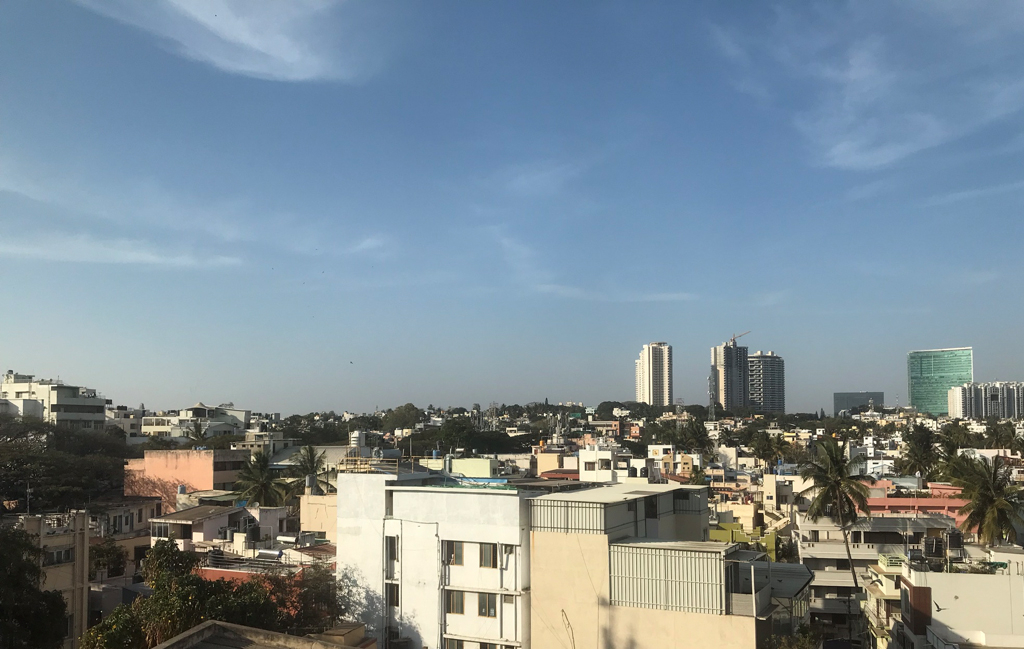 The city's skyline from the metro

Bangalore for a first time visitor is impressive. The things that have struck me most were the diversity of people and cultures, the presence of big trees everywhere and the many lakes around the city.

From an Earth Sciences perspective, I see the city as a place with a high human population concentration, huge resources consumption and where most conflicts between man and nature happens. For example, regarding water: the water supply and use sustainability, pollution (wastewater), and the natural hazards related to it, like floods, that have an impact on the city’s population and must be taken into account in the urban planning process.

Coming from Colombia, which is located in a highly complex geologic setting, it seemed to me that Bangalore is located very far from the boundaries of the tectonic plates, which are the main seismic sources, so earthquakes do not pose a significant risk to this city. As a geologist used to seeing mountain ranges every day, it seemed that the geological and geomorphological setting of Bangalore is very homogeneous and rather flat (although locals say that there are many hills, these are rather low, and I didn’t see any high mountains on the horizon!).

The city is built on massive igneous rocks, which we could see in the Lalbagh Botanical Garden. Because of its low porosity, this type of rock is not ideal for groundwater storage, so the availability of groundwater must be limited and needs to be carefully managed. The geomorphological setting is located on a plateau about 900 meters above sea level in average (according to the GPS on my smartphone!). To local standards it may look that there are many hills all over the city, but from my perspective the terrain is very flat and homogeneous, with only small variations visible as small hills and depressions. I assume that those depressions were modified to make the many tanks, ponds, and lakes that we could see all over the city. I also assume therefore that landslides are not an issue here because of the gentle slope terrain. 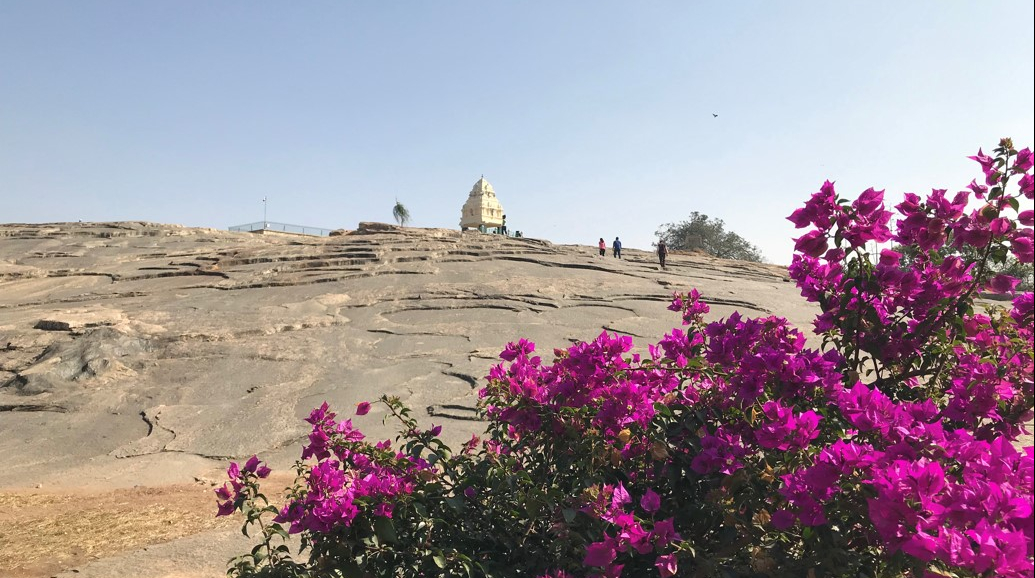 Regarding vegetation, I noticed that the large trees growing throughout the city provide a natural canopy across the area , yet at the same time I did not get the impression that there were large tracts of green spaces in the city. Taking into account the number of lakes and ponds, I was expecting to see many more water channels and visible streams connecting them, but that was not the case in this trip: I barely saw a single channel. And when we did see some, I noticed the water flow rate is very low (because the low height difference or gradient). which is a public health risk as it provides a suitable habitat for mosquitoes to thrive. 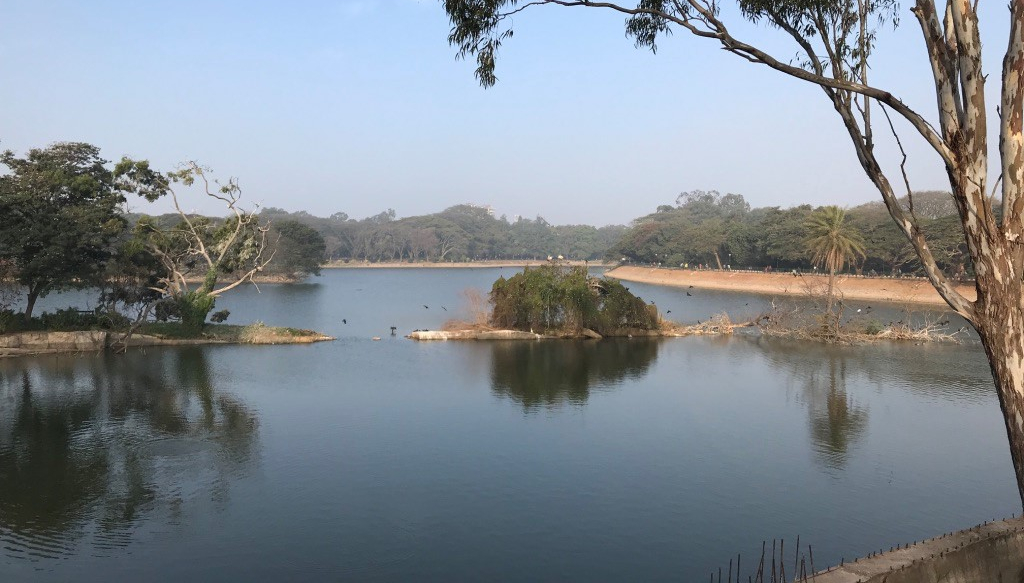 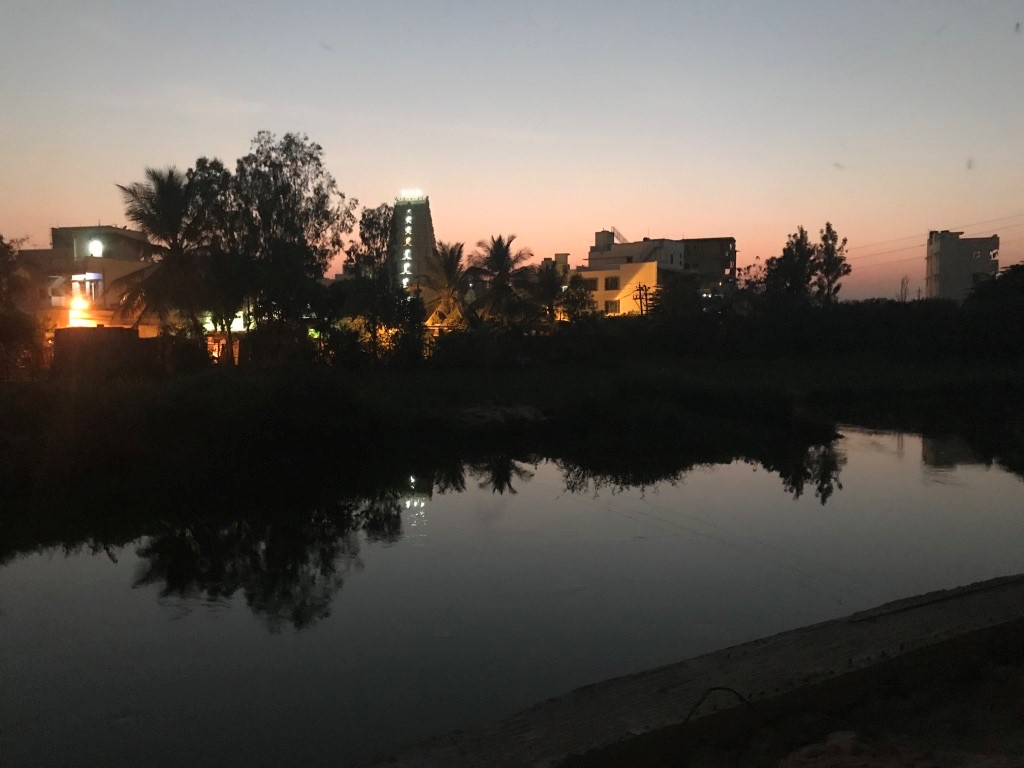 Wastewater is a big issue here. We visited the “burning lake” and the stream that flows out of it. Foam waste and the high number of mosquitoes were the most striking first impression. I wondered as a visitor how the city authorities were planning to address this significant challenge, particularly given the high population density, and the fact that poor and rich alike are affected by these waste issues. We passed one of the many new high-end housing developments and noticed the thin walls developers have to separate residents from the ponds and informal settlements around them. But a wall is by no means an effective way to ensure you are not going to be exposed to a threat.

Climatic conditions in this area are dominated by the monsoon dynamics, with rains concentrated in a few months of the year. We visited in the dry season (not a single cloud in the sky this week) and I assume that the air pollution in the city is being driven not only by the pollutants associated with fuel consumption, but also by the street dust which (mainly women) attempt to sweep away on a daily basis from outside their homes and businesses. As a Geologist and Earth Sciences practitioner, there is a lot going on in an urban space that puzzle me or that I can’t understand from my narrow perspective. We usually try to analyze the interactions between environment and population, but on this city visit I found I couldn’t find answers to the myriad of questions around the dynamics of land uses, local economies, occupation densities, culture, castes, people’s identities, religions, history, politics. For this very reason the PEAK project offers us all the opportunity to speak and work with people from different backgrounds and disciplines. By trying to understand each other, our interdisciplinary work will address at least some of the challenges that urban agglomerations are facing now and in the future.