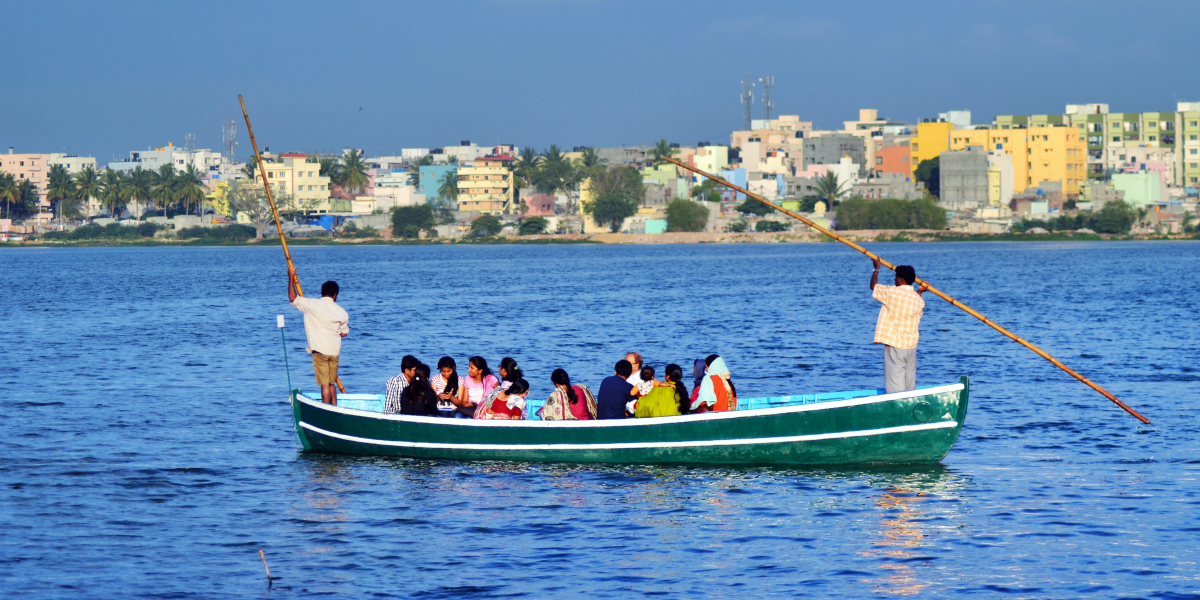 Cities are critical sites for any type of transformative agenda. Today more than half of the world's population lives in cities, with the proportion of urban residents set to rise to over 70 percent by 2070. What happens in cities is path-determining across many critical arcs of change.

In our recent article in The Lancet Planetary Health, we highlight how record climate extremes are reducing urban livability, compounding inequality, and threatening infrastructure. Increasing rates of urbanization are exposing more urban dwellers to urban heat islands and extreme weather events leading to greater climate change risks for the health and well-being of urban communities.

The increased concern over urban resilience under climate change has encouraged a push by governments to generate activities, innovations, and transformative changes to help cities address the causes and impacts of climate change. However, cities are complex and varied, with different barriers, limitations, and opportunities (for example, resources, capital, and leadership); and the outcome of even focussed and well-conceived efforts for change cannot be predetermined. Often governance processes are unclear or siloed, and stakeholders with competing values and priorities can prevent the development of integrated and well-thought-out solutions. Competing scales of change—from the local to international—can lead to unintended trade-offs with localized action undone by national or international policies. Differences in climate, landscape types and populations may also prevent the transfer or scalability of solutions for particular places—and context-specific, even bespoke, responses to climate change are thus imperative.

Some general categories of urban climate response can be drawn on in every city. Individual solution types are unable to address the complexity and scale of climate change adaptation in cities; however, systematically integrating different solution types—such as technological, nature-based, and social solutions—can help deliver multidimensional urban resilience and tackle multiple goals at once. For example, although air conditioning provides a protective factor from high temperatures, social solutions such as changing the culture of an office to allow for more casual work attire or shifting operating hours to cooler times to reduce energy use can also reduce carbon emissions.

There is a clear need to help decision makers think strategically about layering climate adaptation solutions within cities that can lead to greater resilience across multiple potential futures, including building back after the pandemic.  Doing so also provides the opportunity to address many of the Sustainable Development Goals (SDGs). Investigating ways to enable the creation of integrated solutions sets may be especially important in systematically disadvantaged countries, low- and middle-income countries (LMICs), as their cities are central to future urban development and must be prioritized.

However, the demands of upscaling urban health action will increase the management burden on LMIC cities where there is already a mismatch between capacity and delivery. In these under-resourced but critical sites of urban transformation, it is imperative to harmonize additional demands on governments and to increase efforts related to climate change and health. Rather than creating new or extra programs, structures, and responsibilities, better outcomes will come from bolstering core local government capacities—by augmenting existing policies, reporting, and co-ordinating actions. For example, mainstreaming climate resilience and post pandemic action plans into city plans and budgets and ensuring that the National Urban Policies build from interconnected and aligned policies around health, housing, urban risk, or biodiversity and will allow for urban changes to take place rapidly and at scale.

Growth vs. Sustainability in LMIC Cities

Additionally, LMIC cities are challenged to balance competing imperatives of growth and sustainability. Thus, any climate change and health initiative is intertwined with environmental issues such as biodiversity protection, pollution, and urban heat islands impacts. Climate action plans must seek to align with nature-based solutions that provide biodiversity enhancement and promote ecosystem resilience, not just the resilience of built and engineered systems. Similarly, any efforts that focus on urban health must also recognize and address deeply unequal social-cultural and economic systems and unjust power structures within which public health systems are embedded. Context specific sets of solutions are required.

Unfortunately, such multidimensional, context-specific urban planning, via integrated urban solutions, is the exception rather than the norm across all nations of all income levels. A recent study of 13 city climate adaptation plans in India found that while the plans make mention of multiple factors associated with climate change, environmental health and public health—including waste management, energy efficiency, disaster management and the creation of urban green spaces—there was a marked preference for approaches that involved large, engineered projects. These solutions ranged from cool roofing to deal with heat waves, to large dam construction, to the use of LED boards in public areas to display heat alerts.

Emphasizing and encouraging solutions that also embody nature-based and social solutions will better assist cities in addressing multiple climate adaptation challenges, provide economic impetus to urban growth, and create healthier cities. In response to the focus on large, engineered solutions, urban communities and civic groups across India have begun to demand coastal, river, and lake restoration to address urban issues around climate change and health. Non-profit organizations have restored and managed lakes in Coimbatore, Chennai, and Bangalore; civic groups have mounted public interest litigations against infrastructure projects that threaten urban wetlands in Mumbai, Chennai, and Bangalore; and active public campaigns seek to protect mangroves and wetlands from urban development in Delhi, Kolkata, Mumbai, and Chennai. In the process of seeking change, strong collectives have been formed that build social capital and ecological capacity for integrated urban change.

A good case in point is the Kaikondrahalli Lake in southeast Bangalore. A heavily polluted, eutrophied and dried lake in 2008, the lake was restored through the collaborative efforts of a local resident group (later formalized as a lake trust) and the city municipality. The lake now harbors over 100 species of birds and supports a thriving ecosystem. The restoration of the lake has led to a replenishment of the local water table in a groundwater dependent part of the city. The trees and waterbody provide significant cooling and air pollution benefits, helping to mitigate urban heat island effects as well. Grass is harvested at the lake by grazers and used to feed cattle, and fish from the lake are sold locally, contributing to local livelihoods and local economies. The lake is now used by thousands of local residents, and provides a natural learning center for children, as well as a place for recreation and exercise for visitors. The collective involved in lake management has taken on the restoration of other interconnected lakes, and several individuals have also taken an active role in engaging with the government on other actions related to climate change and public health, including waste recycling and public transport.

The experiences of the Kaikondrahalli Lake restoration and similar initiatives across Indian cities stress that city transformation agendas need to be developed through ground-up conversations that are well situated in the local ecological, geographic, social, economic and cultural context of the city.

As we have witnessed during the pandemic, factors like gender, caste, and power are intersectional issues that underpin questions of climate resilience and public health. Further, urban restoration and transformation agendas need to factor in ecosystem protection and restoration in order to achieve multidimensional urban transformation. A focus on expensive cookie-cutter infrastructure projects such as “smart cities,” designed in high-income country cities by consultant agencies and transported to LMIC cities, agnostic of context, will not achieve transformation of the kind that is needed. 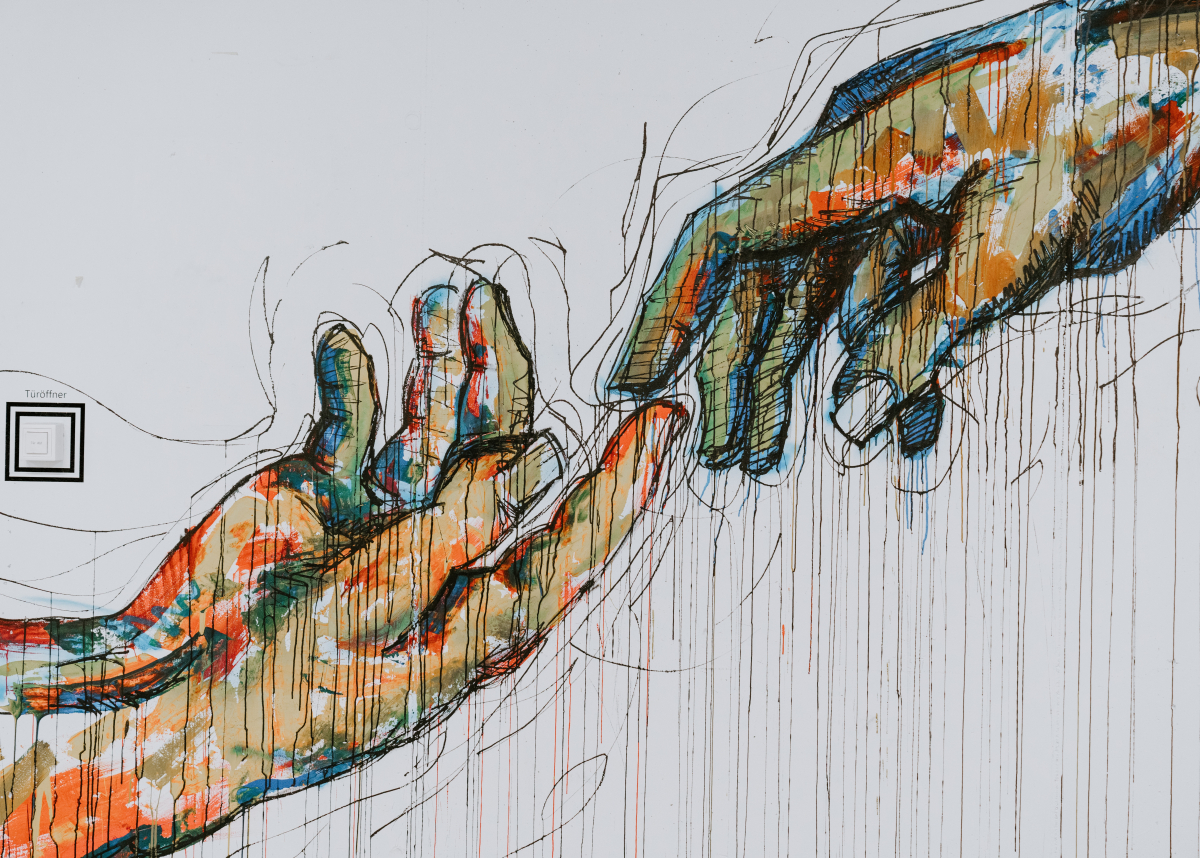 There is an urgent need to critically engage with how internationally-funded HIV health programmes are being rolled out say Neil Hassan and Andrew Tucker.