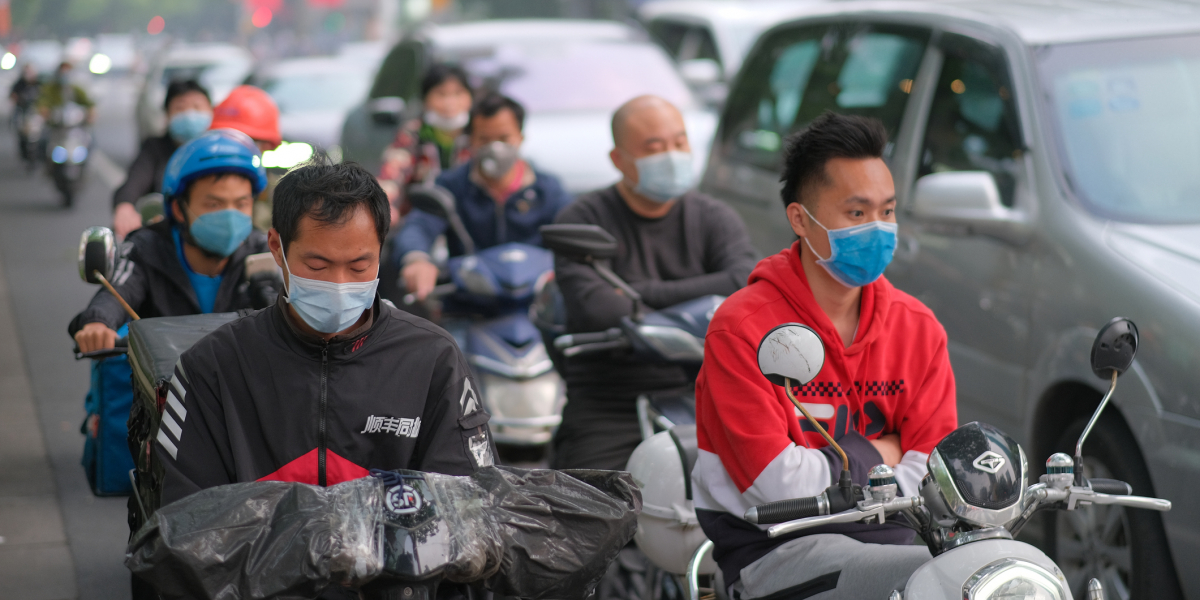 The COVID-19 outbreak has already infected over 25 million people, and contributed to more than 800,000 deaths worldwide as of 31 August. Despite being closely related to the 2003’s SARS (severe acute respiratory syndrome) pandemic, COVID-19 has infected far more people over a larger geographical area within a shorter period. In short: COVID-19 is unlike anything civilization has seen since the influenza outbreak over a century ago.

But regardless of their differences in disease dynamics, both COVID-19 and SARS were introduced to human populations from animals, and then transmitted by human-to-human contact, first spreading widely in China. Therefore if we want to know why COVID-19 spread so differently than SARS, limiting our attention to the virus per se is simply not enough. We should also consider how the patterns of population movement in China have changed so much between now and then. More importantly, the spread of the novel coronavirus virus provides us with a chance not only to re-examine the ever-changing structural and spatial patterns of population movement, but, also, to rethink the great challenges they pose to public health and social governance, not just in China, but in the globalised world writ large.

Using that lenses, there are four major points to consider.

First and foremost: unlike SARS, COVID-19 achieved nationwide and global spread without the help of urban super-stars. In China, the epicentre of COVID-19 was Wuhan, a large city, but one previously unheard of by most people outside China. In contrast, SARS did not spread nationally until the epicentre moved to China's capital, Beijing.

China's migration landscape is radically different from how it was 17 years ago. In the 2002–2003 SARS outbreak, there were 2.87 million migrants in Beijing with a population share of 20.16 percent (Fig. 1). These proportions in cities like Wuhan were less than half that in Beijing. Now, 17 years later, Wuhan is home to 2.24 million internal Chinese migrants, and their population share has risen to 20.25 percent. During the inter-epidemic period, internal migrants in China have become much less concentrated in a few coastal cities, and more evenly distributed across the whole country. This change is closely related to China's transformation from an export-oriented economy towards a consumption-based one, the closing economic gap between the coast and inland in accordance with a strong commitment to balanced regional development, and the continued strictness of getting household registration (hukou) in first-tier cities and the recent lift of restrictions elsewhere. A future nationwide epidemic is now possible to be triggered from almost any large city.

Secondly, ordinary cities outside the heart of the outbreak have been hit harder by COVID-19 than they were by SARS. In Wenzhou, a city outside Hubei province, 504 COVID-19 cases were confirmed by 19 February 2020. This already surpasses the highest number of confirmed SARS cases outside the epicentre, which was found in Taiyuan, the capital city of Shanxi province, with 325 back in 2003.

China’s migrant population changed qualitatively, with more migrants engaged in business instead of menial labour. Of migrant workers returning to Wenzhou in 2020, more people are classified as entrepreneurs than rural-urban jobseekers. Compared to jobseekers, entrepreneurs are more socially integrated in both origin and destination, and thereby more easily infect or become infected. These highly active migrants have expanded with the structural upgrading and spatial integration of the Chinese economy. Surveys from the National Health Commission in China show a 1.7 percent rise in the share of entrepreneurs among migrants between 2010 and 2017. We must be attuned to this change in migrant populations instead of blaming the country’s blue-collar migrants and lose focus on other potential transmission vectors.

The third point: COVID-19 travels further and faster than SARS. SARS never reached Hainan province, a holiday island in China. But many COVID-19 cases were found there even before the Chinese Spring Festival and they reached 168 by February 20.

While the number of internal migrants in China approximately doubled over the past 20 years, tourism- and business-related travel have grown much faster over that same period and contributed to the nationwide spread of COVID-19. (Fig. 2) The seaside resort Sanya has the highest number of confirmed cases in Hainan province, although its population is less than one third of that in the capital city Haikou. Tourists move much more frequently than migrants, both between and within places; their movement is free and sporadic, and their potential to spread the disease is both stronger and not restricted by time. Given the rising numbers of tourists, a future nationwide endemic could occur at any time and spread even wider and more quickly than in 2020. 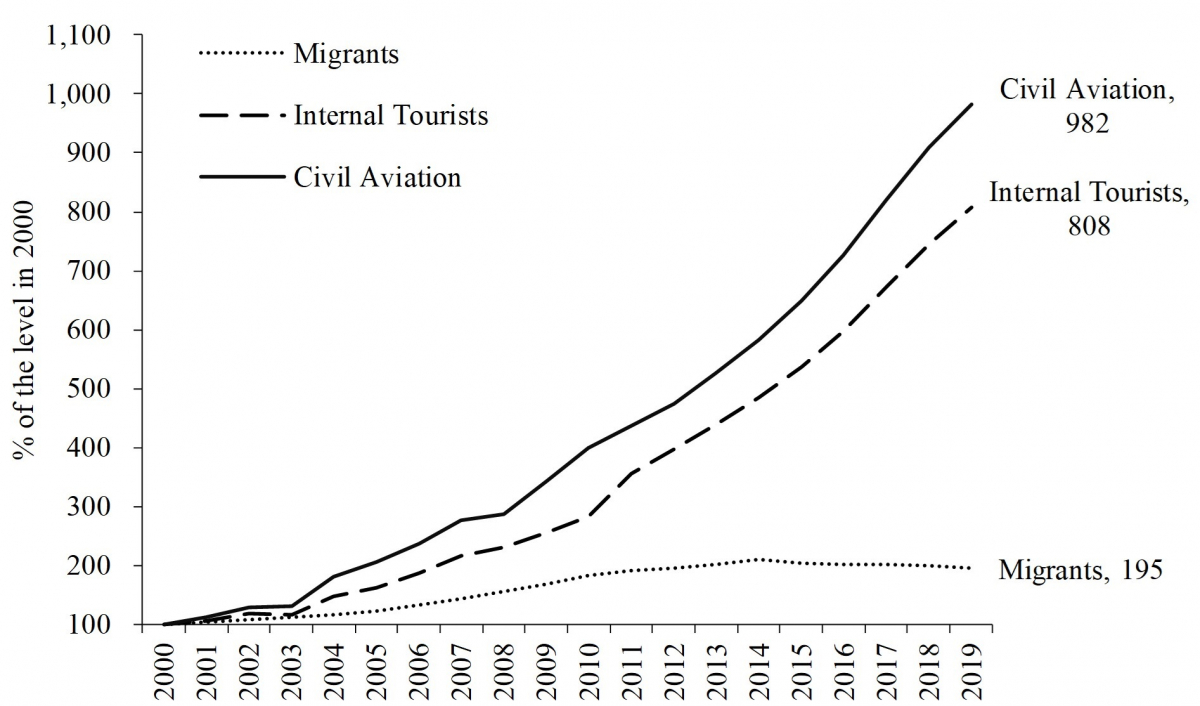 Lastly, COVID-19 has a higher share of cluster cases occurring within family and social circles than did SARS. Until 11 February this year, 83 percent of the cluster outbreaks of COVID-19 were reported to occur among family members. In contrast, the famous cluster outbreaks of SARS mostly occurred due to mixing in public places, such as the Metropole Hotel in Hong Kong.

The COVID-19 outbreak was escalated because of its synchronisation with the Chinese New Year, a time in China for reunion. Returning to one’s hometown in this period is not limited to internal migrants; it is also practiced by people having settled down in new places. Returnees not only reunite with extended family members, but, also, with local friends. This practice of reunion is an old tradition. But now people travel longer distances to achieve reunion and have a larger social circle to reunite than before. This timing led to a rhetoric that the virus had arrived at a bad time, when both travel and flu seasons were in full swing. The Spring Festival will continue being not ideal for controlling endemics in China, but it is more important to understand how rapidly the patterns and frequency of general population movement in China have changed in recent years, rather than to blame the ancient Spring Festival.

The draconian measures taken by China to contain COVID-19 have resulted in a sharp and steady drop of new confirmed cases since 3 February. But they have also brought huge societal and economic costs to China and its people. Reflections on how we can now better prepare are required, especially now that we know that future epidemics can so quickly and widely spread from almost anywhere in China at any time.

Health resources should be more evenly distributed and equally accessible — and the national stockpile of medical equipment should be taken more seriously. Local authorities should be empowered and required to raise the capability needed for dealing with public health events. Policymakers should understand how the patterns of population movement have changed, rather than take actions that disproportionately affect migrants based on false assumptions. And real-time data and new technologies should be better utilised and shared in epidemiological surveillance and disease control before the next virus arises. 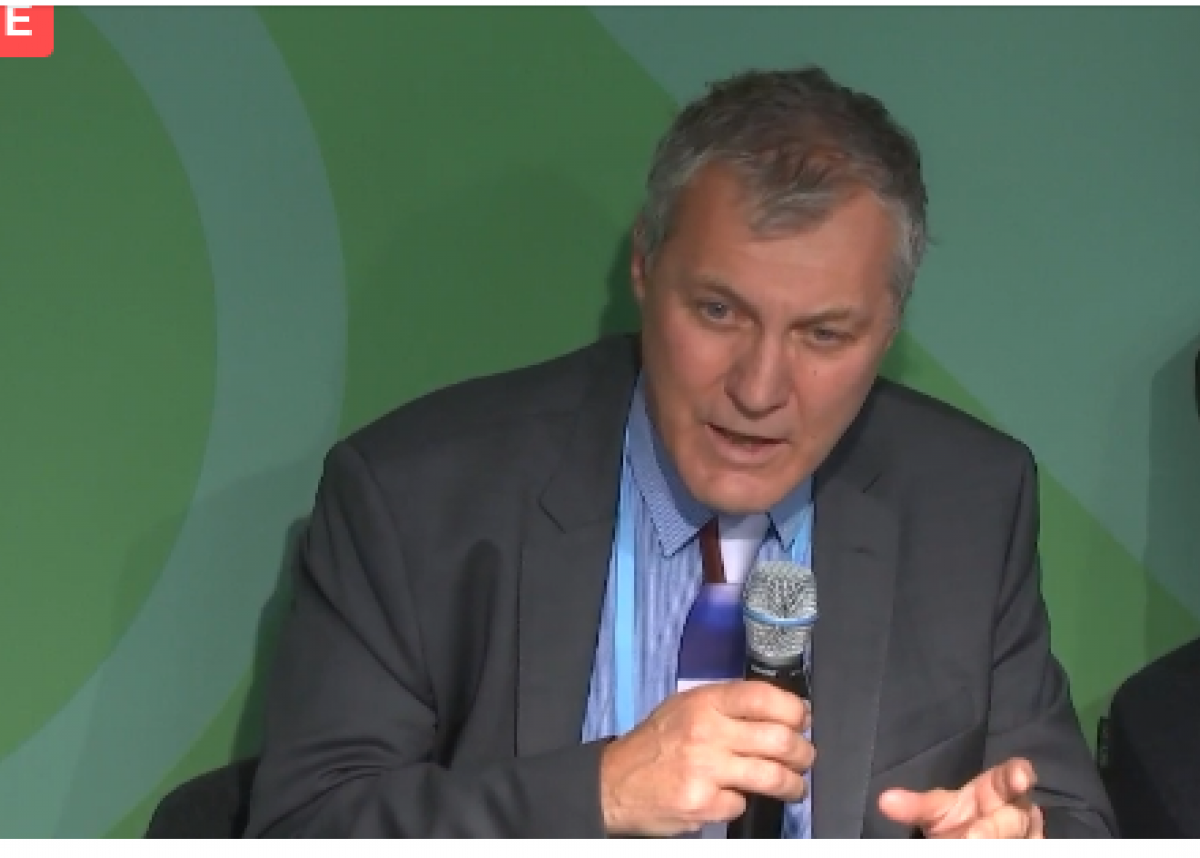 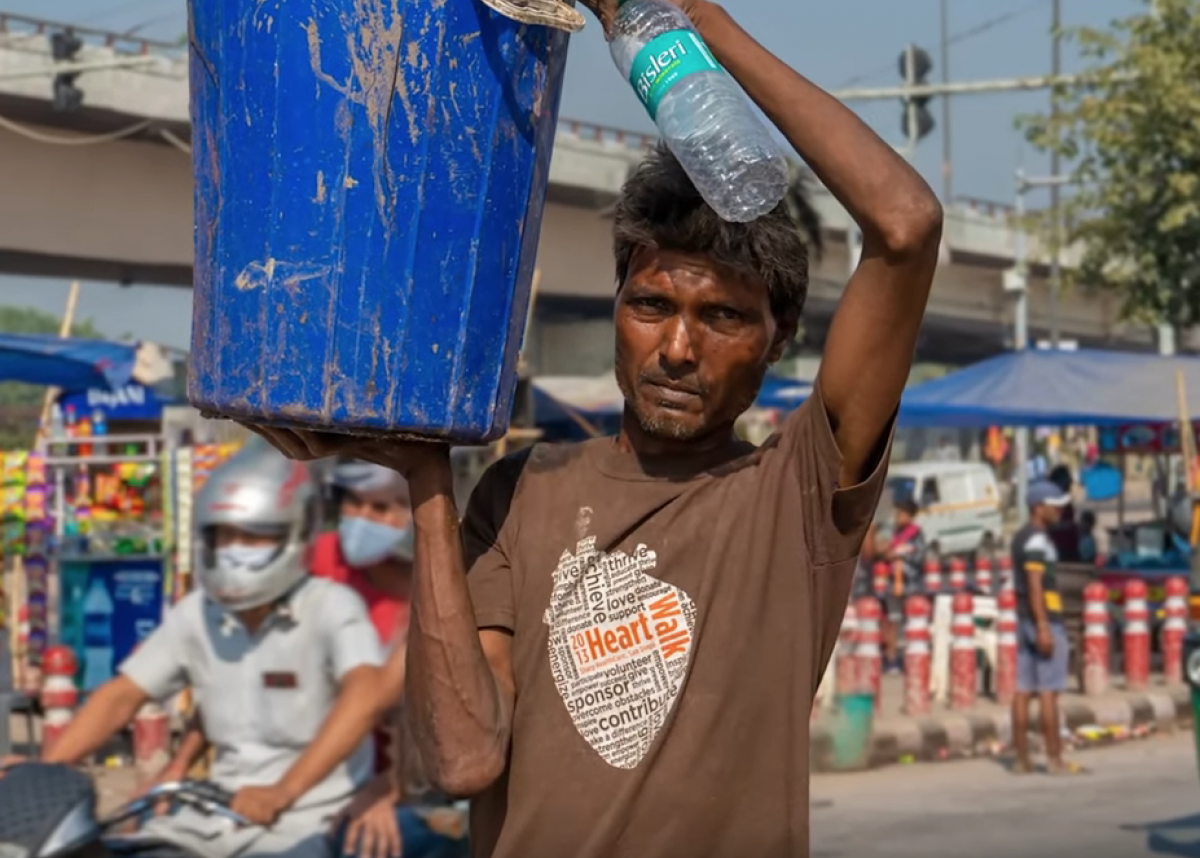 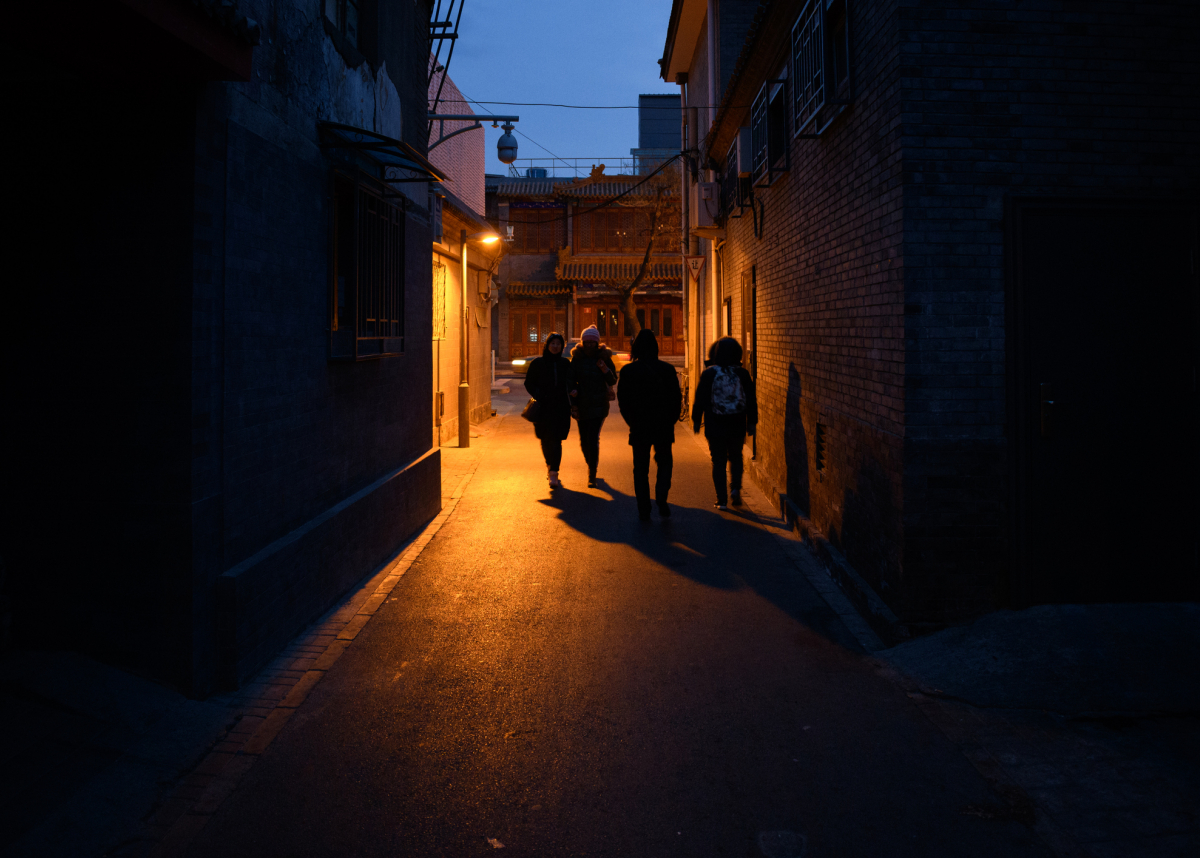