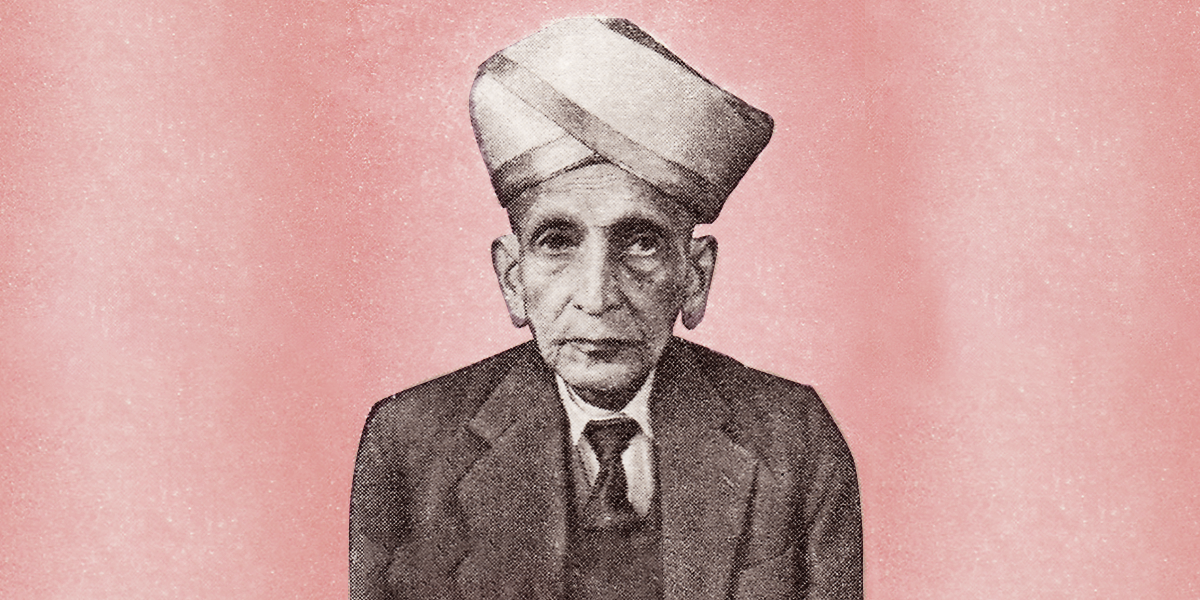 Map: How Bangalore’s IT sector flowered from a princely state Diwan’s industrial dream in 1911

Bangalore’s contemporary identity is very much tied to the informational technology revolution and the setting up shop here in the 1980s of Indian multinational corporations such as Infosys and Wipro. But they didn’t appear out of thin air. The city’s unique industrial economy – with the presence of a vast network of public sector undertakings – played a crucial role in precipitating that moment.

As the public sector undertakings grew, so did several other kinds of institutions, amenities and infrastructures. Economic planning and urban planning went hand in hand to some extent. In the process, this benefited Bangalore’s growth.

How did the industrial sector, which, at its peak in the 1970s and ’80s, employed over 300,000 people, a huge section of the population, shape the city’s development?

This map below visualises the various industries established in Bangalore over the past seven decades as circles, mapped over the growing extents of the city. The sizes of circles correspond to the number of people these industries employed. The dark blue circles represent large-scale industries, including both public sector units and private industries, with the size of the circle representing employee strength in 1987-’88. Light blue circles represent medium, small and micro enterprises.

Bengaluru’s tryst with industry can be traced back to the many institutions set up since the early twentieth century by M Visvesvaraya – engineer, bureaucrat, statesman and Diwan or prime minister of the kingdom of Mysore.

It was in 1911, at the landmark Mysore Economic Conference, that Visvesvaraya emphatically called for the need for state-led industrial growth.

The immediate outcome was the establishment of the Department of Industries and Commerce, as well as the setting up of the kingdom’s very first public sector unit: the Government Porcelain Factory in 1932. This was followed by many more industries that would establish an industrial base for Mysore state, a vision far ahead of its time for the Indian context.

There were several reasons that Bengaluru provided a good base for these companies, their private counterparts like Kirloskar and Motor Industries Company Ltd or MICO, and later public sector undertakings: the prior existence of large textile mills such as Binny and Minerva, and colonial institutions like the Railways and the Cantonment had created a base level of skill in the city.

Besides, Mysore state had a zeal for adopting the latest scientific and technological innovations from around the world, a tradition dating back to the time of its entrepreneurial Diwans of the early twentieth century. The state built dams, power plants and industries and sent their Diwans to the west to learn about these.

After Independence, Bangalore was an excellent location for the central government to establish strategic industries: the city was at a safe distance from the Pakistan and China borders in the north.

Hindustan Aeronauticals Limited started out in 1941 as a product of the dual enterprise of Walchand Hirachand and Mysore state as a realisation of Visvesvaraya’s dream of having an automobile industry in Bangalore. 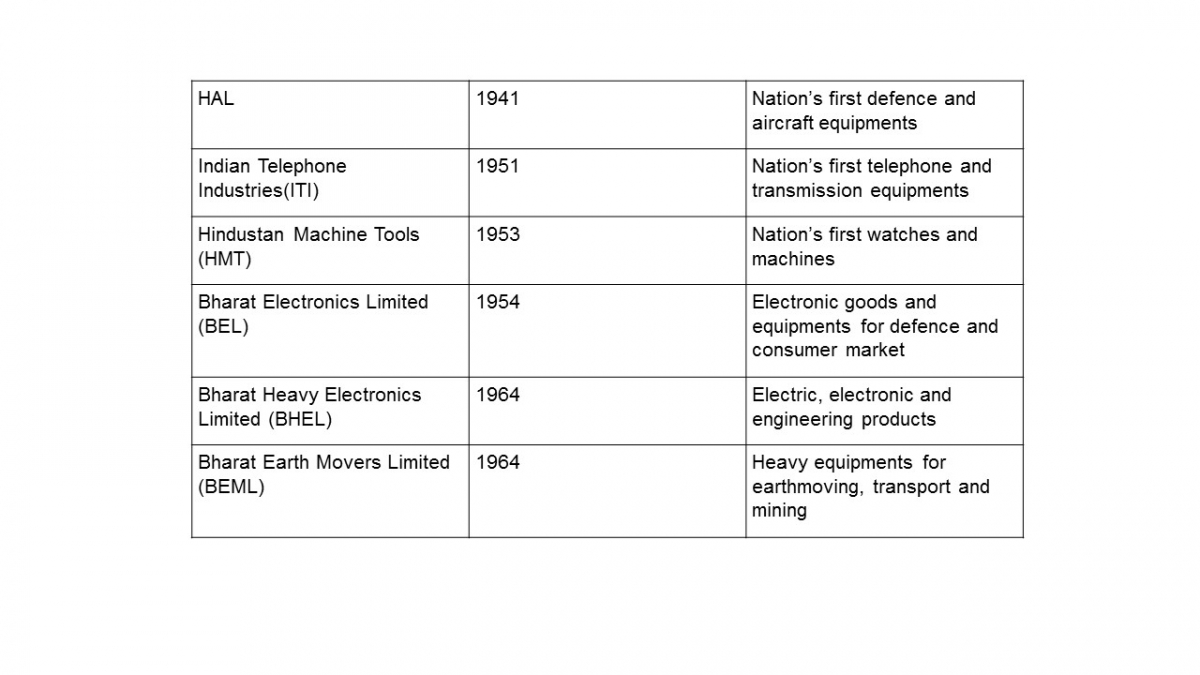 Today, these industries and their townships lie well within the city’s premises. But at the time they were set up, they were located at the periphery. Bangalore then comprised of two parts: the native town and the Cantonment. The war time or defence industries such as HAL and BEML were set up east of the Cantonment where the army was located. The rest were set up north west of the native town, on the land of the Wodeyars, the Mysore Princely State’s royal family.

From village to town to city

The need to house workers in these units then led to the planning of townships, built on large expanses of land acquired from peripheral villages of the city. For instance, according to Janaki Nair’s The Promise of the Metropolis, ITI – the city’s first public sector undertaking township – acquired 368 acres of land from the Krishnarajapuram village and other surrounding villages after settling on a price. The HAL factory, on the other hand, was set up on 200 acres of defence land drawing workers from villages close-by.

As visible in the map, the location of large industries and their townships played a key role in the direction and pattern of growth of the city, as the city grew around the nuclei of factories in the peripheries. Since the townships could only house a quarter of the workforce, the state ensured that the rest could build their own housing and neighbourhoods through finance concessions.

Thus, layouts were developed in several parts of the city, such as the Jayanagar in the south and Rajajinagar in the west. This model of live-work-play in close proximity, one that public sector undertaking townships propounded, was adopted by the private industries as well.

From the 1970s onwards, industrial growth shifted to the small scale and ancillary industries that would support the large industries. This growth and the building of residential layouts within the city, developed inner parts of the city as well. The public sector undertaking workers who did not live in the townships at the fringe of the cities would use the fleet of 400 buses provided by their firms to get to work.

Reports from research carried out by Times Research Foundation in the 1980s say that, at the peak of the industrial economy nearly 14% of Bangalore’s population was engaged in industrial work associated with the large-scale manufacturing economy led by the public sector undertakings.

Intrinsic to Visvesvaraya’s vision for modernisation was his advocacy for educational and skill building institutions, that would go hand-in-hand with industrial growth. Since the industries which specialised in high-tech goods like electronics and machine tools required periodic technological innovation and upgrading the skills of workers, several skilling, research and development institutions were also eventually set up.

Several public sector units had their own research and development units, and workers had the choice to get early career and mid-career training at the several training institutes in the city. Several prominent research institutes were established and they played a role in supporting industry. These include the Indian Institute of Science (set up in 1909), the Defence Research and Development Organisation in 1958, Visevesvaraya College of Engineering, government polytechnic colleges, and machine tool training institutes.

The fact that Bangalore today has more private engineering colleges than other parts of the country is a remark on the scale of skill in the city. Therefore when IT companies and multinationals set up shop in Bangalore, after liberalisation in 1991, there existed a large pool of skilled highly skilled engineers and workers that they would go on to draw from.

As Bangalore expands in size and population, perhaps it can draw some lessons from its own earlier phase of rapid expansion on relatively more equitable planning with more beneficiaries in the city across the city.

This is an edited version of a piece first published on scroll.in on 12 October 2019.