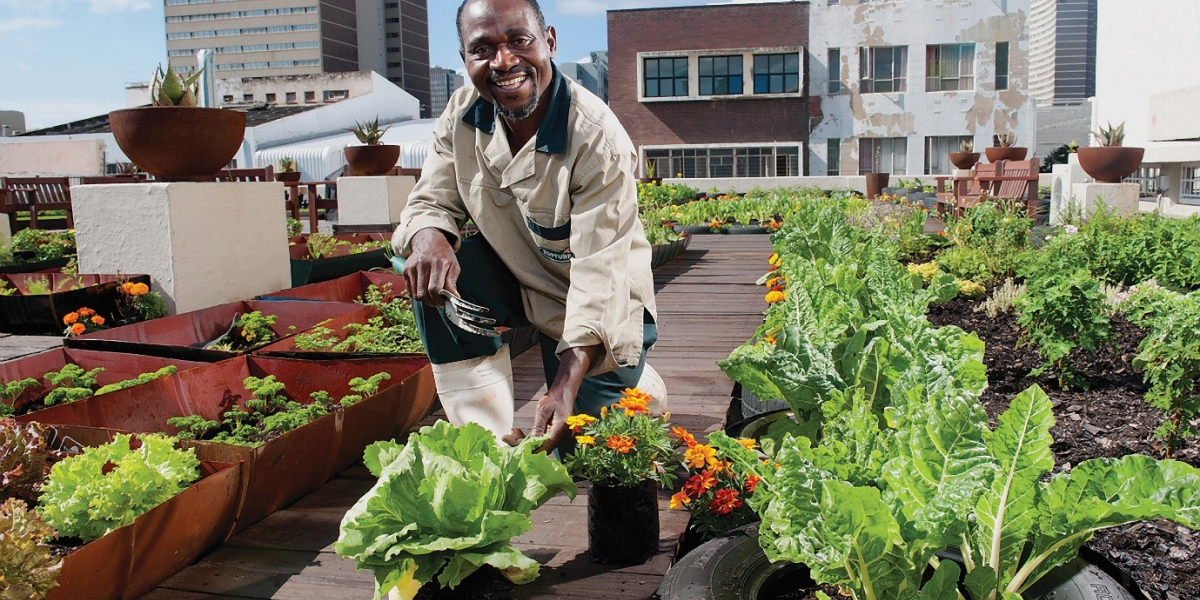 2019 was a year that united a global community in the face of climate change.

Temperature records were broken with widespread heatwaves across the northern and southern hemispheres. Wildfires devastated cities and towns in California, Chile, and Australia and mass coral bleaching occurred on the Great Barrier Reef due to rising sea temperatures.

At the same time more extreme precipitation patterns were, and still are, increasing both urban drought and flood risk.

Extreme weather events are becoming increasingly common across cities on every continent. People across the globe are no longer just talking about climate change as a far-fetched concept but feeling its impact in their daily lives.

At the same time as we are seeing these extreme weather patterns, more than half of the world’s population is living in cities. This is set to rise to over 70 per cent by 2070.

So what are researchers with a passion for making cities more liveable to do?

Well according to CSIRO’s Dr Brenda Lin this is not time to hide under our collective umbrellas.

“We need people to act now,” she says. “2070 is less than 50 years away so most people will experience the increase of temperature in our cities in their own lifetime.”

Cities urgently need more than singular solutions. They need solutions that can work together to cover the many social and environmental needs of cities across the world.

And we need experts helping us with the job.

Time to call in the experts

Brenda brought together 22 international experts from different backgrounds to look at how to combine a range of solutions in heavily populated cities to improve resilience to climate change impacts. This included PEAK Urban's Deputy Principal Investigator Professor Susan Parnell.

Led by Brenda, it took the team a little over a year to write the paper Integrating solutions to adapt cities for climate change, which was published in the The Lancet Planetary Health this week.

Preparing and adapting cities for a more extreme climate

The team discovered that adaptation measures that integrated technological, nature-based, and social solutions are likely the most effective in addressing complex socioecological issues in cities while increasing resilience to potential climatic impacts. Individual solutions were unable to address the complexity and scale of climate change adaptation in cities.

“Integrated adaptation solutions are like a great recipe. The individual ingredients are important, but the combination of ingredients and how they are put together are really important to the success of the dish,” Brenda says.

“Integrating solutions allows governments, communities, and individual citizens to be meaningful players in the fight against climate change,” co-author, Research Coordinator at Macquarie University and Assistant Professor at the University of California Davis, Alessandro Ossola says.

The team looked at three case studies, in Germany, South Africa and Singapore respectively, where different approaches to climate resilience in cities were used.

Freiburg, Germany embraced citizen action to get their communities to change their behaviour and make decisions that reduced greenhouse gas emissions.

Durban, South Africa cultivated policy champions that were able to identify opportunities to integrate across government departments without increased cost to the projects.

In Singapore, the government has partnered with universities to collect big data and develop information platforms to test out integrated solutions such as mitigating increasing temperatures (due to urban heat island effect) in the capital city. An urban heat island (UHI) is built up area that is significantly warmer than its surrounding rural areas due to human activities.

While all the initiatives were successful in their own right, they did not necessarily translate to another city in another country. Hence the need for integrated solutions also taking into account an individual city’s barriers and options. This ensures the focus is not too narrow with specific or one-dimensional outcomes.

In cities with a large number of poor communities, awareness of climate risk might be high but the ability to self-protect can be limited.

Brenda believes cities in the Global South are central to future urban development and must be prioritised.

The paper concludes with a discussion of research directions and provides a road map to identify the actions that enable successful implementation of integrated climate solutions.

The authors believe helping decision makers and communities understand the potential opportunities associated with integrated solutions for climate change will encourage urgent and deliberate strides towards adapting cities to the new climate reality.

And while this new climate reality might seem a little bleak, there is hope for the future.

“When you talk to decision makers and communities about adapting, they are thinking about it and already trying different things,” Brenda says.

“Like never before, our society has the technological, environmental and social tools to design and create climate-ready cities. It is time to act,” Alessandro concludes.