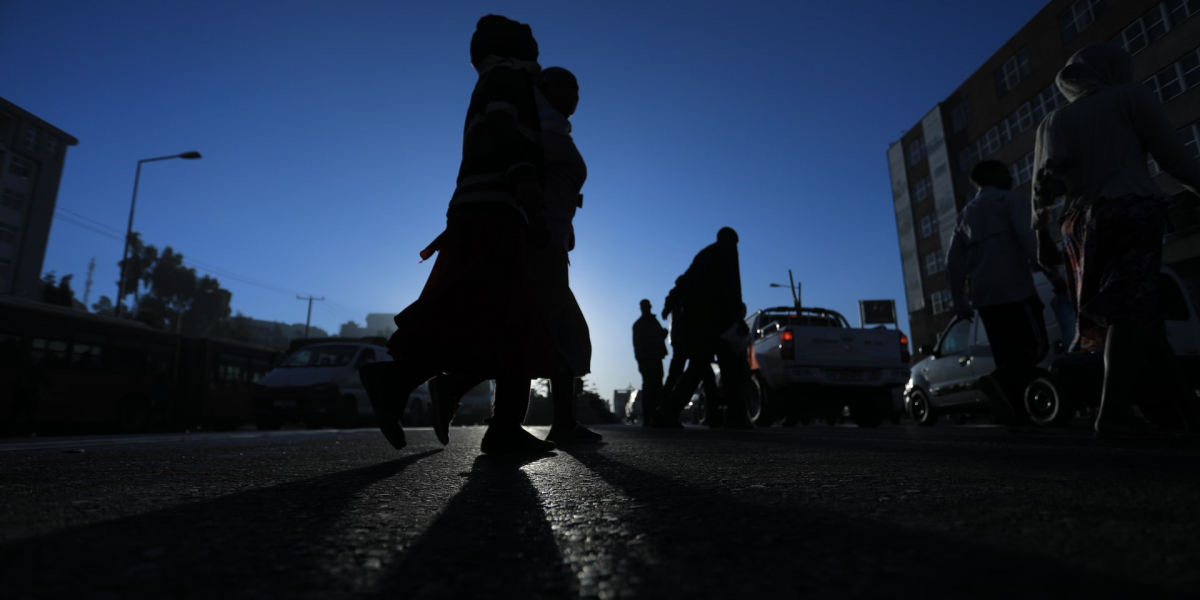 It would appear that the 2020s will be a decade of consequence for the world’s cities. Home to half of the world’s population—and, by 2050, two-thirds—our urban centres entered 2020 already at the frontline of the climate crisis, bearing witness to its impacts, and perhaps, too, its solutions. And then, a global pandemic struck.

Now, in its wake and as countries look to coalesce around climate action in Glasgow, attention is once again being paid to the crucial role cities will play in the coming years. This was the source of a panel held in late October at the Oxford Martin School, entitled “What does the future hold for cities, climate change, and migration?” (watch the filmed event here)

“I think there’s never been a time more pressing or a time more timely to think about cities and the climate crisis, one alongside the other,” said Michael Keith, the head of the PEAK Urban research initiative, at the panel’s start.

In his remarks, Keith said that scholars often mistake climate as the independent variable, and societies as the dependent variable—that the former’s impact will be constant and consistent on the latter.

“This is much more of a two-way street,” said Keith. “The metabolism of the places we’re talking about is going to have a significant determination on the scale of carbon outcomes.” This, he said, emphasizes the need to understand hyper-local conditions.

Informality—or lands or economies that may not be officially recognized—is of particular consequence, said Kazem Rahimi, Professor of Population Health at the University of Oxford.

Informal sectors sometimes make up half of the urban economies in many places, but are disproportionately vulnerable to the emerging crises of pandemic, pollution and temperature rise. Informal housing leaves residents open to more extreme heat stress, while poor access to healthcare adds to inequities.

“We know that when it comes to those hazards for health, the impact of this is, of course, immense,” said Rahimi. “But one of the biggest problems that we’re facing is also that that burden is not shared equitably.”

At the Oxford Martin Programme on Informal Cities, Rahimi says the team looks to fill the knowledge gaps of what are traditionally under-researched populations.

For example, he said, the literature on ambient air pollution, which correlates with respiratory disease and child mortality, largely comes from high-income countries. “One could just extrapolate by saying that the evidence generated in high-income countries is also perfectly generalizable to low-income countries, but that might not be,” argued Rahimi.

So one project, he added, involved mapping satellite imagery of urban centers in sub-Saharan Africa, and geo-coding that with respiratory infections in children. Surprisingly, no association was found; multiple factors could be responsible, he continued, but that’s the point.

“That is the challenge for us, as scientists, to be able to provide that information at the local level, so people can actually understand the problems and try to identify solutions,” he said.

When the pandemic struck, Tim Schwanen, the director of the Transport Studies Unit at the University of Oxford, explains how they had to delay the Oxford Martin School research project looking at climate-related migration in the cities of Delhi and Addis Ababa. So, instead, the researchers Bhawani Buswala and Jin-Ho Chung, conducted a systematic review of the literature on what has become a highly contested topic.

The result was 173 documents reviewed between 2011 and 2020, which produced four findings. First, research is shifting from national lenses to more urban-centric lenses, as migration unfolds at the city level, he explained. Furthermore, policy and academic definitions of climate migration vary.

“The causes are imbricated, they’re complex, and we need to move beyond this clear separation of nature versus society, when nature is external and driving all sorts of processes in society,” he explained at the panel.

Thirdly, the idea of migration as traditionally linear—from a rural to an urban setting, say—may not apply to the climate, which Schwanen described as “temporary, circular movements,” where social networks matter more. And finally, cities are interpreted as places of adaptive opportunity, but also, “prolonged vulnerability,” as informality indicates.

“That’s a really important thing,” said Schwanen. “That these experiences are varied and complex, and that is why we need empirical research.”

The recognition requires a change of thinking around how cities are perceived, said Susan Parnell, Deputy-PI on the PEAK Urban programme. Economies and environments have always collided, but the complexities of the climate crisis has brought the relational aspects of cities to a profoundly new level.

In the past, said Parnell, urban intermediaries of aid or information were typically found with town planners or treasurers, or, more recently, lawyers or data analytics teams. But the rise of global intermediaries, like the World Health Organization and the World Bank, could change how citizens interact with their city.

“What for me is exciting about what one might think of as this new era of large-scale intermediaries shaping urban practice, shaping urban change,” she explained, “is that I think they are much more open to the idea and new methods of understanding those intersections.”

That shift, she continued, allows researchers to think across programs and topic areas, rather than within their silos—which better meets the critical juncture that cities find themselves at right now.

“When you think differently about cities, you can begin to act differently.”

Panel Discussion: "What does the future hold for cities, climate change and migration"

The Oxford Martin Programme on Informal Cities is collecting new and harmonising existing evidence including geospatial data and satellite imagery to study informal neighbourhoods, economies, health and climate change in cities, ith a specific focus on Addis Ababa and Delhi. This panel discussion, which took place on 27 October 2021, looked at climate challenges and investigated what urgent action can academics, policy-makers and the global community take.

What do we really know about climate, migration and cities?
Image 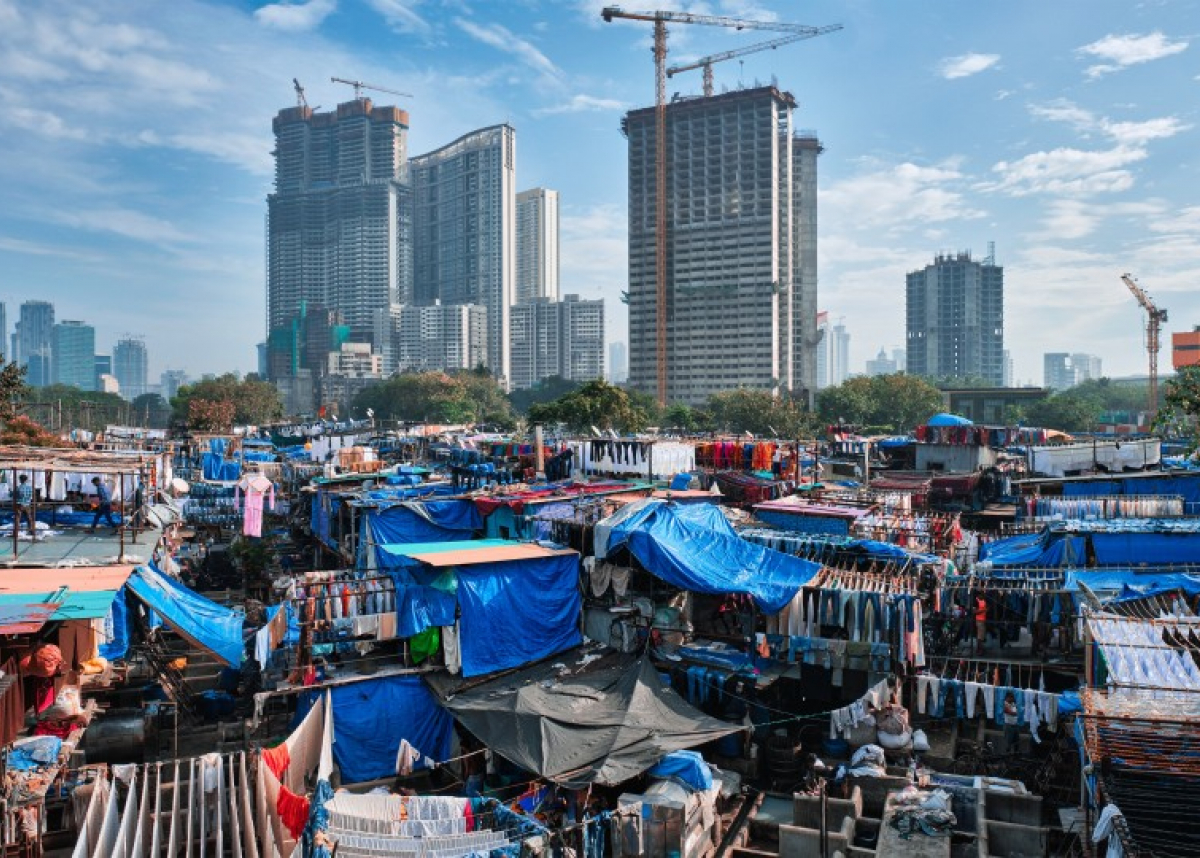 26 October 2021 | Blog
What do we really know about climate, migration and cities?

Jin-ho Chung on a systematic review of current research and where the gaps are for further investigation.