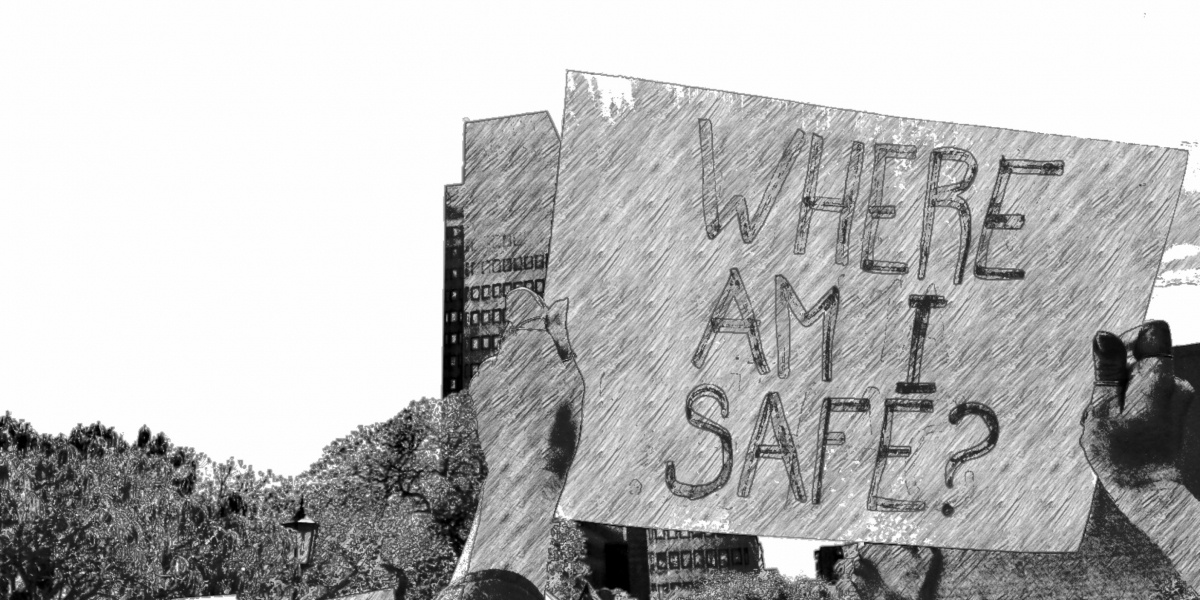 Reflections from Lockdown: On safety, being queer, and home

Staying-home has joined the ranks of health-promotion as a life-saving behaviour and attitude. Some consider it as an act of servitude to the nation and even gratitude to those in the frontlines fighting the pandemic.

In less than one-month, social distancing (probably 2020’s word of the year, hyphenated of course) has become a new phrase in our vocabularies; changing the way we interact with family and friends, and those we pass-by in public.

Business-as-usual and social-normalcy have become enemies of the state too.

Connections to our outside worlds: places of employment, learning, worship and recreation are now more than ever moderated and mediated by our access to technologies, making being-remote a possible-reality.

While many retreat to the private spaces of their homes, this new state-of-exception threatens our sense of security, health and wellbeing. Across distal online-connections we mourn and fear the vulnerabilities that physical proximity bring during these time. And for the working-class, working-at-home and going-to-work are now two sides of the same coin; balanced by urban health concerns and accompanied by socio-economic uncertainties.

When lockdown was announced I was in the midst of interviewing NGO staff-members about their engagement activities with some of the most socially vulnerable, health-compromised, and resource-deprived citizens in the City of Cape Town: gay, bisexual, Men who have Sex with Men (MSM), sex workers, trans*, lesbians and other queer individuals located in predominantly black-African and coloured townships[1]. This was as part of my PEAK Urban project. Since then, my time has been occupied with writing about and reflecting on these engagement activities; asking: “what is the chief concern…?” (Charmaz, 2008).

In formulating an answer, I find myself bracketing concerns of lockdown: a practice familiar to social researchers when professional-work-lives and personal-social-lives are symbiotic (Cresswell & Miller, 2000; Dwyer & Buckle, 2009). And still I am left ruminating on the inherent sense of security that homes represent. Especially among the marginalised[2].

Most recently, my reflections of queer African bodies have been weighted by Jamil F. Khan’s autobiographical writing: Khamr: The Making of a Waterslams. In it, Khan reminds us that homes can be storage spaces of trauma, handed down from generation to generation.

Through detailed memories and analytic retrospection, Khan invites readers to bear witness to the personal relations that constructed his queer(ed) upbringing; voicing the negotiated tyranny of living in a middle-class, Cape-coloured and Muslim household, headed by an alcoholic father and an anxiously-attached mother. His journey to youth is a powerful testament that portrays a negotiated coming-into-being and overcoming collisions between the borderlands of Khan’s private, professional, and social worlds.

For many who wear otherness as armour (and those who can’t/ won’t), the queered[3] body rarely finds rest when unarmed, even in the asylums of their homes. For them and many others, being under lockdown can be hazardous terrain to navigate.

Gender-based violence, homophobia and transphobia, rape and murder, clinical interventions for HIV and other sexually transmitted illness and diseases, access to sexual and mental health services, legal representation, food-insecurity, homelessness and general resource-deprivation are everyday accounts that fill the task-lists of NGOs who serve the majority of queer individuals located on the outskirts of Cape Town.

There are limited accounts that celebrate queer bodies and the ways they occupy and embody urban space in Africa and elsewhere in the global South. Without insight into nuances that construct queer livelihoods, (I believe) we will fail to holistically understand how the marginalised experience space and place. Without these accounts we continue to reduce queer bodies to theoretical categories that offer little space to develop an appreciation for psychosocial complexities; to inform localised health responses and achieve wellbeing in sustainable ways. Without these other perspectives we dangerously risk representing queer bodies as objects and subjects, to be repeatedly medicalised and pathologised in the annals of academia. This too is a form of queer visibilities that can act as a system of oppression, even in the pursuit of liberation.

Khamr: The Making of a Waterslams offers “an analysis of systemic oppression…which I hope inspires new thinking about power” says Khan. In doing so, he anchors his offering as artefact of language and culture, history, and geography; reminding us that “we too can become the oppressors we despise if we are not alert to the systems we participate in”.

As we continue indefinitely in this state of exception, the new-normal is queer and the future, antifragile (Taleb, 2012) …under lockdown.

Join Jamil F. Khan for the live stream of his book launch, Khamr: The Making of a Waterslams on 14 April at 7pm via Instagram @CheekyNatives.

[1] The socio-urban morphology of Cape Town has not changed much over the past three decades. As a municipality, the city was designed as a hub of exclusion. Apartheid’s weighty legacies continue to delineate gaps between racialised bodies: separating the rich from the poor and settling blacks and coloureds in spaces traditionally referred to as townships on the peripheries of the city.

[2] Social gatherings are important health strategies used by queer communities in resource-deprived locations, and an important part of their sense of safety, health, and social wellbeing (Hassan et al., 2018).

[3] By queered I refer to socialising/conditioning processes, whether conscious or not, by which bodies are particularly othered (attitudes and behaviours that becomes racialised/ sexualised/ religiousised); and associated with the construction of social identities generally reinforced and situated outside of normative society and its networks (middle-class, masculine-dominant, gender-binary, etc.).