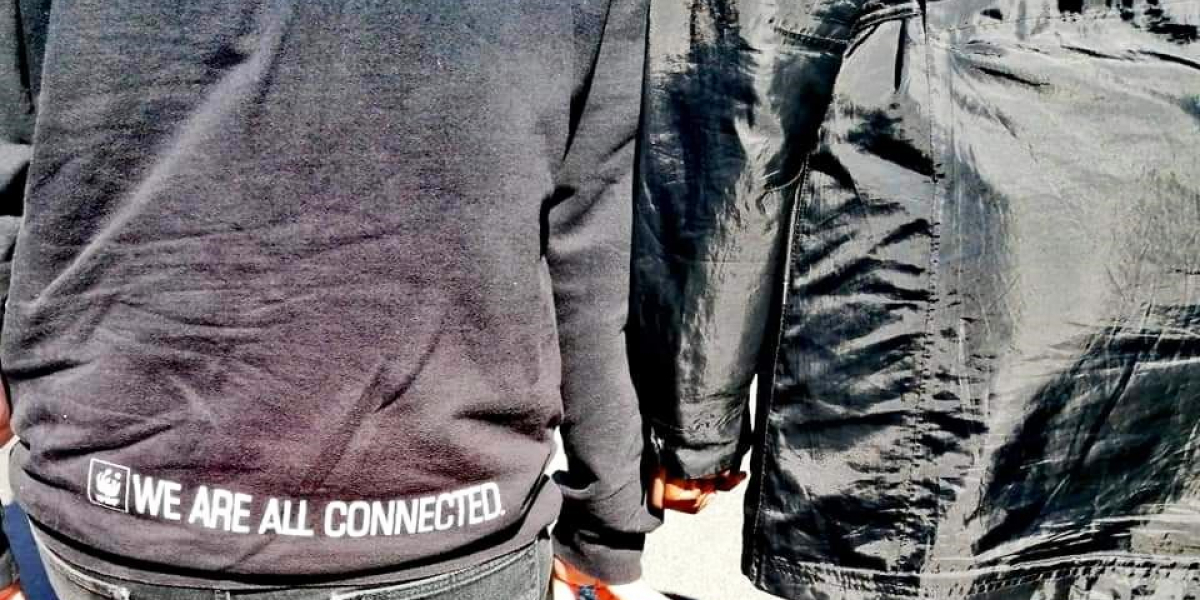 The resilient and the future: Ending the HIV/AIDS Epidemic in Cape Town, South Africa?

On the first of December each year, for the past thirty years or so, more and more people in cities across the world have come together from all walks of life to commemorate World AIDS Day.

On this day the world is called to bear witness to the extraordinary willpower of those who fought to transform HIV/AIDS from what was considered a death sentence, to a manageable chronic health condition in pursuit of wellbeing. It is a day of declaration caught between tradition and revolution: bounded by grievous reminders of lives lost and the relentless resilience and liberation of those who are saved in the war against AIDS. This year the annual call-to-arms has been apt to acknowledgement the unbounded agency of communities who have instituted unprecedent global change for a better future.

While communities, activists, artists, scientists, philanthropists, and politicians have partnered to advance clinical health and issue a collective battle cry to end the HIV/AIDS epidemic, I am still on the fence when it comes to what urban configurations are needed to create safe and health-enabling environments, especially in the Global South.

Drawing from my work on urban health and safe spaces, I consider the livelihoods of those most vulnerable for HI-infections, such as Men who have Sex with Men (MSM), Lesbians, Gay, Bisexuals, Trans, and other Queer (LGBTQ) bodies who straddle the margins between health and disease, safety and vulnerability, and risk and resilience in Cape Town, South Africa.

Cape Town’s socio-spatial morphology, for example, has not changed much over the past three decades. The city, its centre and the spaces surrounding it were designed as hubs of exclusion. Today, Apartheid’s weighty patriarchal legacies continue to delineate gaps between racialised, gendered and sexualised bodies: separating the rich from the poor and reinforcing African blacks and coloureds[2] on the outskirts of Cape Town, in areas that were traditionally referred to as townships[3]. These urban spaces are characterised by severe resource deprivations in which stigma, discrimination, isolation and violence make up the everyday lived experiences of MSM and LGBTQ.

Over the past five years, my research engagements aimed to make visible the agencies and varied forms of individual and community resilience among those most affected and infected by HIV/AIDS, who have been fighting to engineer equitable socio-political urban changes.

By providing access to safe and appropriate health care, Non-Government Organisations (NGOs) in Cape Town have boldly and unapologetically stepped in to fill gaps in urban health governance among MSM and LGBTQ. These NGOs have taken it upon themselves to partner with those most at risk in townships, to create community-based responses and by doing so, developed a sense of political agency and social support. In a recent interview with a 22 year old who self-identifies as MSM, I am reminded that: “we are a minority and so now we have to create our own community whereby we are able to voice what we deal with on a daily basis: What we go through at work, at school, at home.”

In Africa, where same-sex relations and trans bodies are still regarded as UnAfrican and a Western import, NGOs and their relations with MSM and LGBTQ communities are what makes the difference.

NGO-related programmes are lifelines for the marginalised, to share, identify and orchestrate collective and creative solutions in order to overcome limited access to appropriate health care, unemployment, restricted mobility, hunger, human rights violations and homelessness; all of which compounds and undermines health and holistic wellbeing. To overcome health barriers in the context of Cape Town, NGOs, MSM and LGBTQ have reconfigured themselves as HIV communities of care.

For example, the thought of socially disclosing an HIV diagnosis is one that paralyses many with fear due to experiences and anticipation of stigma and discrimination. But this has been one approach taken by MSM and LGBTQ community leaders. When community leaders bravely declare their HIV infected status, it limits the social effects of isolation resulting from HIV stigma. These social declarations tend to snowball into structures of support and, by doing so, reinforces the effects of NGO-related clinical interventions.

Furthermore, NGOs and their connections with MSM communities, for example, have largely contributed to the advancement of life-saving biotechnologies, such as antiretroviral therapies to treat and prevent the transmission of HIV infections. Connections between NGOs and LGBTQ communities are also actively challenging and transforming our rigid understandings of sex and gender, forcing us to confront the fluidity inherent in social identities, sexual attitudes and expressions.

The collective efforts between NGOs, MSM and LGBTQ in Cape Town extend far beyond HIV policies, and (limited) government and funder support; branching out into new economies of care.

Although my engagements with MSM and LGBTQ NGOs have left me with more questions than answers, I have had the privileged to critically engage with the anchoring and fragmentation of structures that govern urban health and sexualities. The more time I spend in Cape Town-based townships and LGBTQ and MSM NGOs, the more I am convinced that they provide models of transformation which reconfigure the clinical nature of HIV/AIDS from an isolating and individualised burden into one that is about collective urban wellbeing that stretches far beyond African borders.

In light of the profound and diverse forms of resilient livelihoods, impactful solidarities, and individual agencies and responses to HIV/AIDS, I leave you with an excerpt by a community leader who recently participated in my PEAK research:

It is not [only] about the LGBTI community, I think it’s even with the broader community […]. With whatever problems…they are stubbed with, people will come knocking at my door looking for advice, which I do not charge for those services. […] People do still come to me: I have this problem, where do I start? […] At the end of the day I feel that I have done something and that would always continue” (self-identified gay male, 52 year).

MSM and LGBTQ NGOs, on their own, are certainly not a means to overcome HIV/AIDS and other urban challenges in Cape Town, but they play a significant role in envisioning what cities can and should look like: economies of care. By examining the partnerships that construct urban health governance, we may better intervene, by taking into account the agency and resilient nature of those caught between health and disease, safety and risk, and individuals in societies; an endeavour that holds much promise for the achievement of wellbeing among all who have been positioned on the outskirts of power.

For now, more power to African MSM and LGBTQ, because they are the key to a just, equitable and HIV/AIDS-free future.

[3] Part of the city’s spatial configuration was to prevent socialisation and sexual relations between different racialised groups.